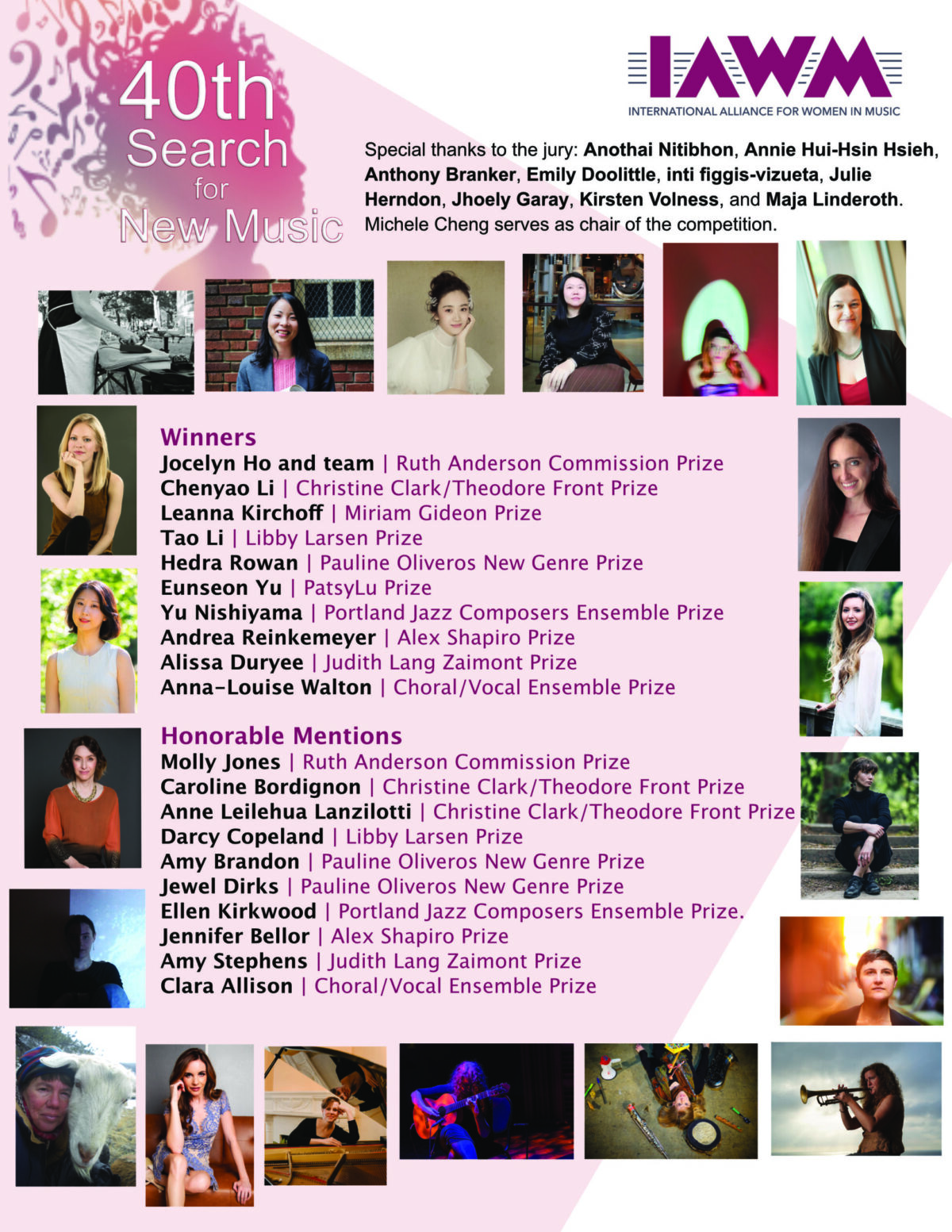 Arias from Friday After Friday has been awarded the 2021 Miriam Gideon Prize from the International Alliance for Women in Music’s 40th annual Search for New Music Competition.

The Arias from Friday After Friday are excerpted from an opera-in-development, called Friday After Friday. In the opera, a series of vignettes illuminates political and personal perspectives of women living at the epicenter of the ongoing Syrian war crisis. The libretto by Rachel J. Peters is inspired by numerous sources including memoirs and articles by Syrian and Western born journalists and a variety of documented as well as in-person interviews with Syrian citizens. Scored for soprano, flute, violin, and cello, the arias offer poignant stories of how five particular women have coped with violence, poverty, and dislocation that has been created by the war.