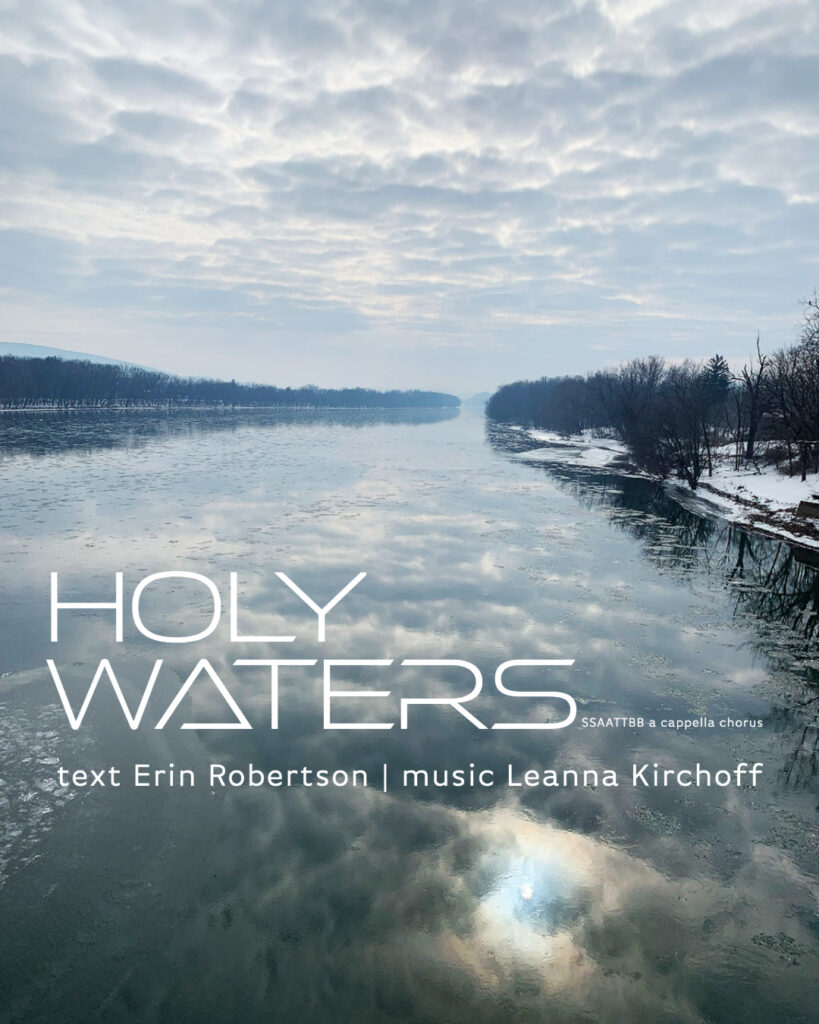 Excerpts from Pond 17
by Erin Robertson

Holy Waters was composed for Shared Visions 2019, a bi-annual concert presented by the Ars Nova Singers.  All of the pieces on the program were inspired by an interdisciplinary collaboration among selected Colorado visual artists, poets, and composers.  In the first step of the process eight visual artists were asked to submit images of their work to an online gallery.  Poets were invited to view the gallery and write poems inspired by these images.  In the last step, I was invited to choose one of the image and poem pairings as the basis for a choral piece for Ars Nova.

I chose Erin Robertson’s Pond 17 which was a response to Elizabeth Woody’s mixed media painting of the same name.  Robertson’s poem offers seventeen ways of looking at the Pond 17 image, reminding me of Thirteen Ways of Looking at a Blackbird by Wallace Stevens.  In this case, I interpreted Robertson to be suggesting seventeen different bodies of water.

I chose the first, fifth, and eighth poems from the collection because of the clear musical ideas they each suggested to me and the underlying themes of birth, rebirth, baptism, redemption that water metaphors suggest.  I felt a sense of the sacred coming through in Robertson’s spare language.

The challenge – and the great thing – about setting texts with so few words is stretching the music into a satisfying musical statement.  These settings feature a lot of text and motivic repetition.  I think of them as meditations.